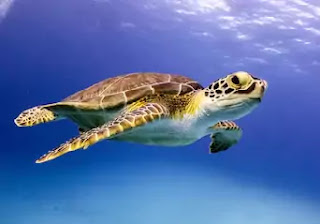 Fish and other aquatic farms are produced all over the world through aquaculture, but caring for them is a daunting task. Now a robot tortoise has been made for it, which can also be called a fish farm keeper.

Scientists at the University of Tallinn in Estonia have named this robot turtle a yacht, which reports on cleaning, fish health or any disease, reaching the depths of large fishing farms. Earlier, human divers have been performing these tasks.

But when a person swims in a small pond full of fish, it disturbs the fish and can be permanently ill with human intervention. That’s why the Robot Tortoise is made.

The robot is co-created by the University of Tallinn and the Norwegian University of Science and Technology. The robot turtle is completely independent and there is no need to attach it to a wire. It moves very quietly on its four chips that help the robot to swim in the pool.

The Robot also has a camera installed. When tested on salmon fish farm, the fish were not afraid of it and roamed around it. Earlier, these fish were running away from humans. The other thing is that it floats slowly like a turtle and is absolutely noiseless. It looks a bit like swimming.